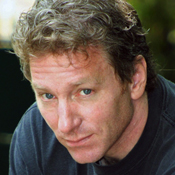 Ralph Hemecker
Ralph is a much sought after director of film and episodic TV, who has helmed countless episodes of shows like “Once Upon a Time”, “Blue Bloods” and “The Vampire Diaries”. He directed the pilot and subsequent episodes of the new hit TV show, "Once Upon a Time in Wonderland". He is particularly adept at action adventure and the complexities of green screen special effects sequences. Fun Fact:    Ralph was the creator and showrunner for the TV show cult fave, “Witchblade”.

Karen Jorgensen
Karen is a writer/director who specializes in narrative storytelling. Her particular forte is comedy as well as doc-style interviews. She has directed a wide range of celebrities including recent projects with Jerry Seinfeld, Julianna Margulies, Josh Lucas, Kaley Cuoco and Paul McCartney among many others. She's also directed numerous Fortune 100 CEOs. Fun Fact:    Karen makes the best margarita you will ever have. (If you can remember it.) 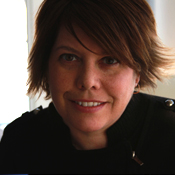 Tara Cacciola
Tara specializes in documentary-style storytelling using real people. And she travels around the globe to do it. Her charm and affability disarms her subjects and makes for emotional and winning films. This approach has made for some highly impactful brand work. Fun Fact:    Tara usually gets all her subjects to cry on camera at some point. (But she’s also crying at the same time.) 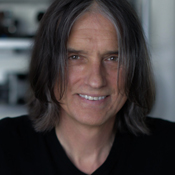 Anghel Decca
Anghel is a director/dp whose shooting style makes anything from cars to women to monkeys look gorgeous! He has shot for TV shows like “Entourage” and “Animal Practice” as well as shot and directed countless commercials. Whether shooting with a Canon 5D, or a 360 degree rig of nine 35mm Arri’s, Anghel is supremely skilled with a camera. Fun Fact:    Back in the day, Anghel shot Ricky Martin’s iconic music video “Livin’ La Vida Loca” 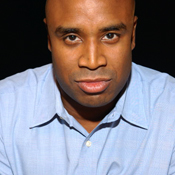 Tommy Walker
Tommy is a documentary filmmaker who produced and co-directed the HBO series “The Black List”, “The Latino List” and most recently, “About Face: Supermodels Then and Now”. He also directed the documentary “God Grew Tired of Us” about the lost boys of Sudan. Based in New York, Tommy has a particular passion for social causes and thought-provoking films. Fun Fact:    Tommy knows EVERYBODY. We call it six degrees of Tommy Walker. 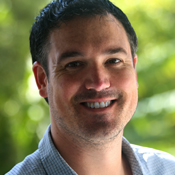 Alex Vuksanovic
Alex is a producer/director who excels in getting projects done lean and mean! He’s the master of the guerrilla-style, cinema verité shoot that can reap unexpected gold. He’s directed and produced reality show-style online campaigns for Monster.com and Redlaser.com among others. He’s currently in pre-production on an indie horror film. Fun Fact:    Alex secretly wants to open a restaurant. (On St. Barts.)